Today we would like to show you how was made one of our special 3d models in The End of The Sun – Svarog’s figurine ! (Svarog is the slavic god of fire and blacksmithing)

Whats more on our Kickstarter You will be able to get the same handmade wooden figurine by supporting project but We will write more about it at the end of this post. 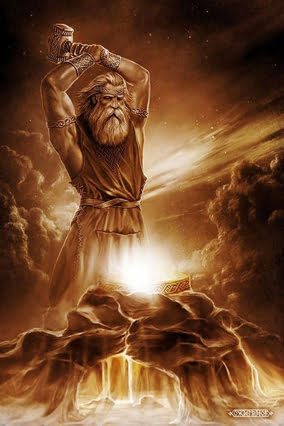 Svarog is Slavic god of of fire and blacksmithing
image source: Pinterest

In our game we are using photogrammetry for most of our in-game 3d graphics. Photogrammetry is a technique of scanning real objects and changing them into 3d models.  You could read more about it in our earlier making off post here.

So what can we do in that situation? We could make elements that don’t exist by preparing it in 3d software or… We could create it in real world and then scan it! 🙂

So there is where story of our Wooden Svarog Figurine starts. It is quite important element in our game so we wanted it to have really unique and cool look. This is why we decided to ask real sculptor to make it for us and then we scanned it into the game.

Here is how proceeded process of sculpting the figurine (Big thanks to Bartosz for sending us that photos): 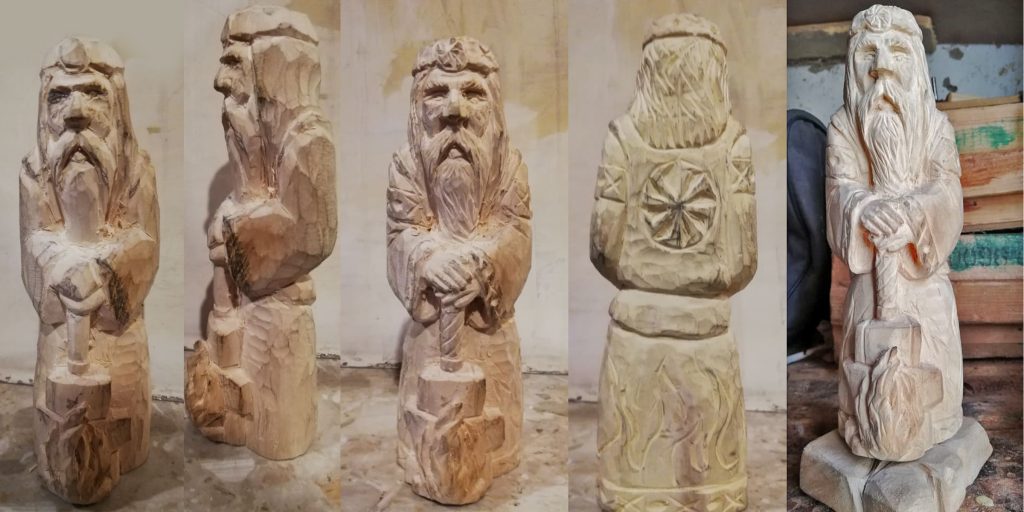 Second stage of production – scuplting details, like hammer, fire, details of hair, sign on back of figurine

Third stage of production – painting and waxing figurine for better endurance and water resistance and adding holder for better stability.

Figurine is about 20 cm high and was waxed for better endurance and water resistance.

The next stage was our part of job. We took a photographs of the object using the photogrammetry method and converting them into a 3d object in few different 3d softwares. That process we described in details earlier Here

Finally our Svarog’s figurine in The End of the Sun game looks like this: 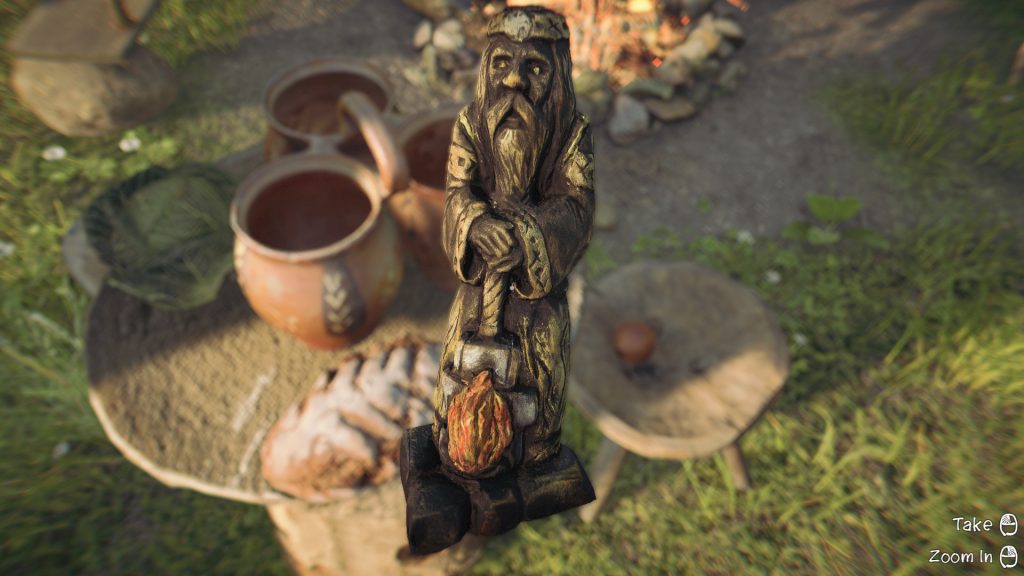 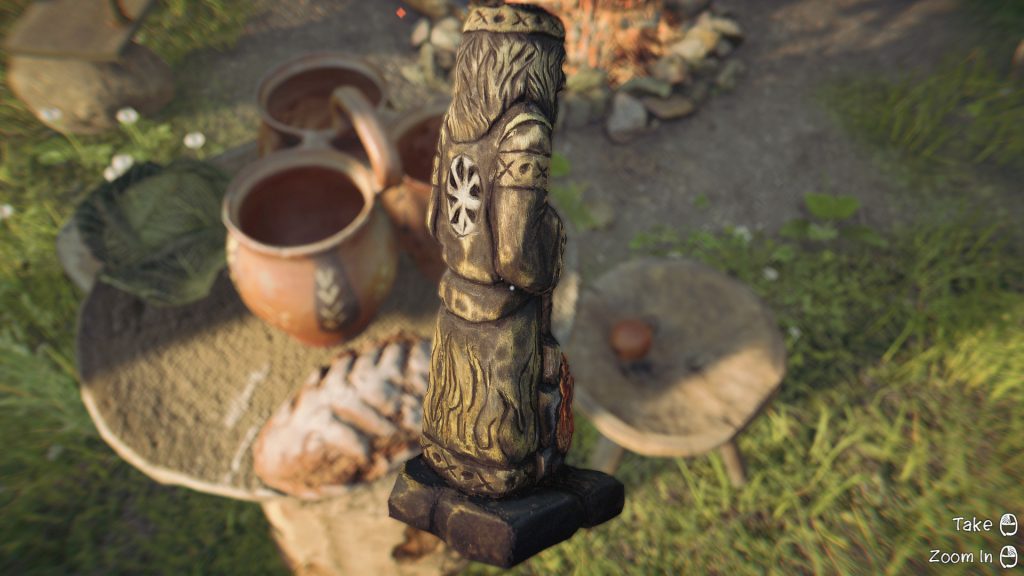 Soon we will launch crowdfunding campaign of our project on Kickstarter Here. There you will be able to support us  and get rewards as a gift.

One of rewards for you will be limited edition of  handmade wooden Svarog figurine exactly the same as we scanned into our game and as you saw above!

*Keep in mind that figurines from limited edition may be slightly different, this is because every sculpture is handmade and sculptor is not a 3d printer 🙂 So They will be the same as you saw above but each one have its own small unique differences so in the same time unique soul 🙂

You could already follow us on Kickstarter or add your e-mail below so We will send you and e-mail notification when Kickstarter will start.

It will really help us get more attention on start of campaign 🙂  Hope to send you wooden Svarogs figurine soon after Kickstarter success!

What do you think about the final result of Svarog’s figurine look in the game?

Looks amazing! Waiting for kickstarter! Will support for sure! 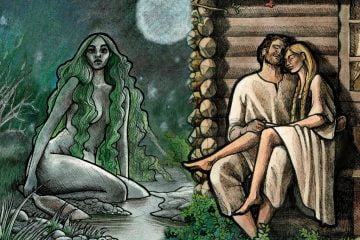 Hello folks! 🙂 First of all – sorry that there was no update since June, It was holiday time and for us, it was quite busy, more about it You could read at the end Read more…

Hello Folks! This is a Huge Update. We have a large gamedev diary and new short teaser for You today! This diary will be about one of the fantasy creatures that You will meet at Read more… 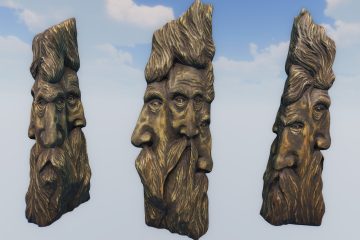 Hello people! Cause It’s been 3 months since the last update and many of You requested another one, it’s here 🙂 Before we will start We would like to invite You to our DISCORD server where Read more…